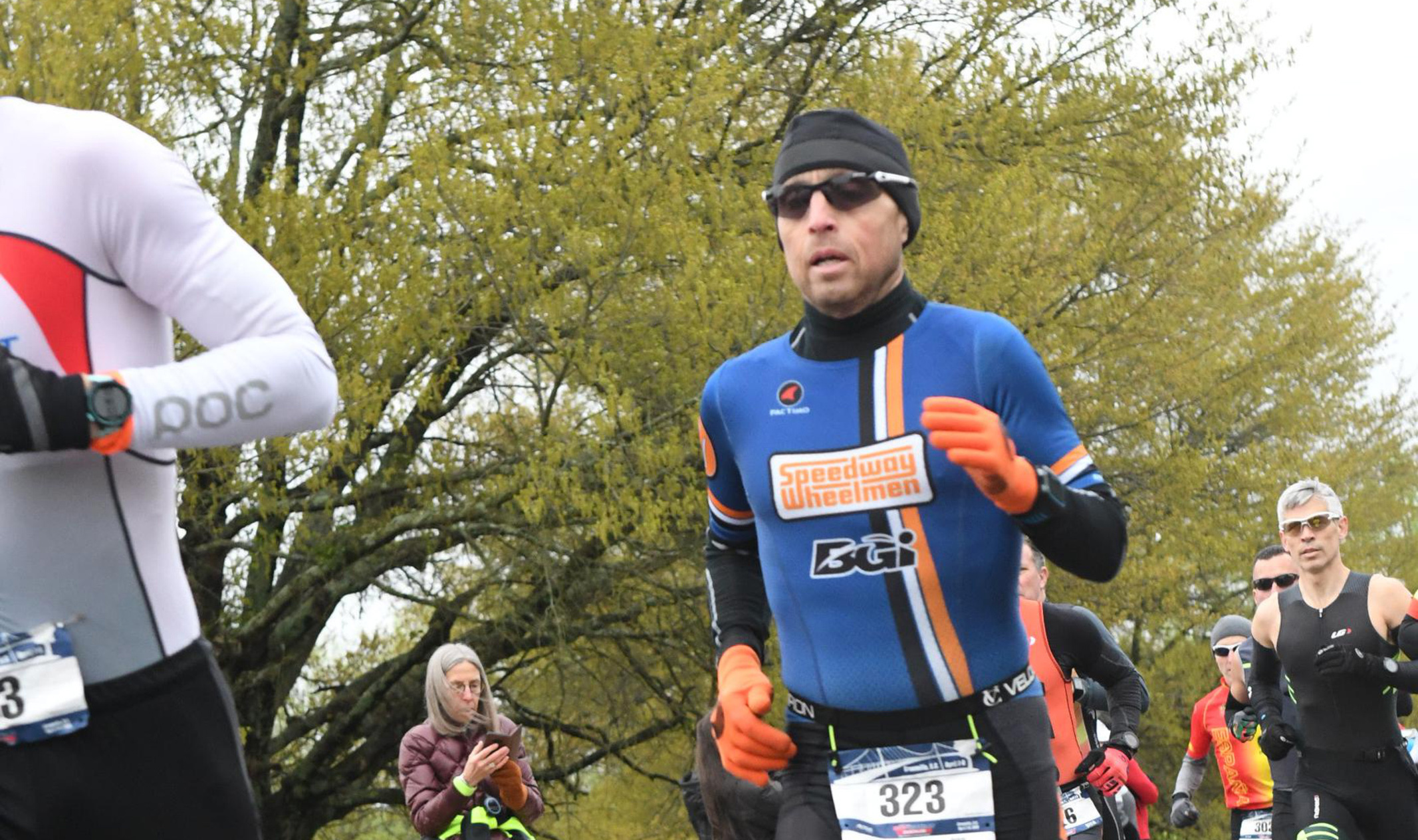 Legs felt FANTASTIC! had this been a pure 10k – my run alone would have been my best since H.S.  I ran pretty much by feel and held back the last half resisting the urge to follow some late surges by others. I passed everyone I could have on the bike — (6 guys) – and only had 2 pass me back (in transition and then one guy blew by both of us ) – so I was in the hunt for 6th.

Bike was best ever 10k/40K duathlon Normalized Power – almost 25 watts higher! The course was rolling – to almost ‘hilly’ and I was climbing out of the saddle several times. Those efforts actually helped warm my legs up after freezing them on the descents (I was in a tri kit with a ls Underarmer base and compression socks, gloves, and hat under helmet).

Second run – I really could not feel my legs – numb from cold — but it seemed to work as my second run was not a struggle, but more a controlled chase. Legs were just tired enough that I could not repeat my sub 6:50 splits of my 10k first run. I was not gaining enough on 7th and 9th was not going to catch me so 8th place was my finishing position.